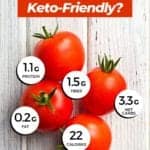 In case you don’t know what a ketogenic diet is about, it is a high-fat and very low carb diet. Going on a ketogenic diet means that you lay off carbs almost entirely while increasing your fat intake. It's known for a wide range of benefits including weight loss.

In fact, on a ketogenic diet, you'll only be consuming around 20 to 30 grams of carbs per day! Instead of consuming legumes, grains, and starchy vegetables, you eat more nuts, greens and low-carb veggies.

Now that you know you need to lay off starchy vegetables when on a keto diet, can you have tomatoes on keto?

Tomatoes are actually technically a fruit! Generally, fruits are known to contain 20 to 25 grams of sugar per serving. This amount of sugar would be your entire daily carb allowance which is why we avoid most fruits on a ketogenic diet.

This might make you think that tomatoes aren't going to work in your keto diet, but there is more to tomatoes than meets the eye! 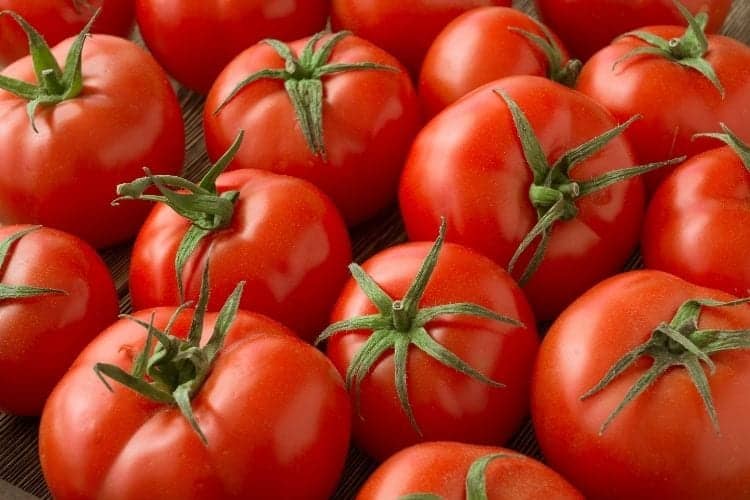 Although they are fruits that are generally high in sugar, tomatoes are keto-friendly. Unlike regular fruits, tomatoes are quite low in carbohydrates.

Each medium tomato contains 4.8 grams of total carbs with 1.5 grams of dietary fiber. So, a medium tomato will only have around 3.3 grams of net carbs which is very keto-friendly! If you do the math, you will discover that this is up to 10 times fewer carbs than regular fruits.

Now you know that tomatoes will fit in your keto diet because they have a much lower carb content than regular fruits. There are other fruits, which most people will classify as vegetables with similar characteristics to tomatoes, that will also comfortably fit in your keto diet.

Reasons to Include Tomatoes in A Keto Diet

Fiber is helpful when it comes to digestion and the processing of food in the body. Being on a strict keto diet could omit the fiber from your body, which could cause a few complications during digestion. Such a benefit should be enough to include tomatoes in your keto diet.

You get essential nutrients from tomatoes

There is one fact that you cannot deny. Foods that have high-fat content will miss some compounds considered vital for the functioning of the body. Health specialists are ever adamant about the valuableness of consuming foods that have all the essential nutrients.

Vegetables or rather fruits like tomatoes have phytonutrients that are often missing in a keto diet. The last thing you want is your body to experience imbalances while on a diet, so you should consider consuming tomatoes.

Tips for Tomatoes in Your Keto Diet

Now we know tomatoes are an excellent option for your keto diet we just have to be careful to eat the right types. There are a lot of processed tomatoes that often contain hidden carbs and other nasty ingredients we want to avoid.

The best way to consume tomatoes is to eat them fresh and prepare them yourself. This way you know exactly what you're eating and don't have to worry about nasty additives or chemicals.

You will find a large number of tomato products in paste form, sauces, juices or salsas. These are often in cans, bags or bottles and should be avoided. Most of these products have added sugars and will definitely mess up your keto diet. If you want to eat canned tomatoes or other processed varieties make sure you check the nutritional information and ingredients carefully.

One other kind of tomato that you should avoid is sun-dried tomatoes. It might seem strange but there's a good reason for this—and it's all to do with how they're prepared. Sun-dried tomatoes have much lower water content than raw tomatoes, and because of this, they contain much higher carbs.

It's far too easy to consume a lot more sun-dried tomatoes, and because of this, they should be avoided. If you can control yourself and just eat one or two, they're fine but you're much better off consuming other variants. 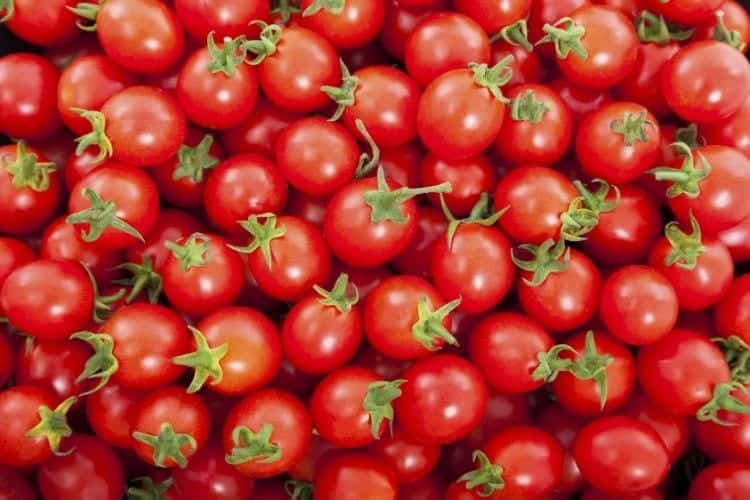 Different types of tomatoes have a varying amount of carbs. Grape tomatoes, for example, have 3 grams of carbs with 1 gram of dietary fiber per 100-gram serving. A total of 2 grams of net carbs.

Cherry tomatoes, on the other hand, contain 3.9 grams of carbs with 1.2 grams of dietary fiber per 100-gram serving. A total of 2.7 grams of net carbs.

So, yes, cherry tomatoes are perfectly fine to eat on keto. Some varieties of tomatoes contain fewer net carbs than others but they are all relatively low and keto-friendly. Knowing this should help you select the variety that you would like to include in your keto diet meal plan.