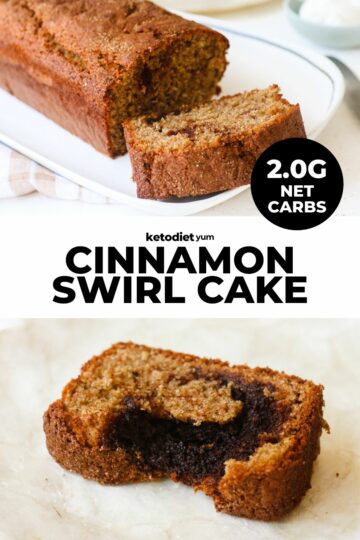 This comforting keto cinnamon swirl cake is perfect when you're craving something sweet. Perfectly moist cake with a gooey cinnamon swirl filling, you won't believe it's keto, sugar-free and grain-free!

Cake time is the best time! Try this keto cinnamon swirl cake recipe when you are in the mood to make something extraordinary, and you won’t regret it.

The technique is super simple: You add half the batter in a loaf pan, add a layer of cinnamon and Erythritol, top with the remaining batter and another layer of the cinnamon mixture.

The fun part is swirling them together to create a lovely marble effect!

Using just 9 simple ingredients, you can have this low carb cinnamon swirl cake on the table in under an hour!

To get started, preheat your oven to 350 degrees Fahrenheit (180 degrees Celsius). Line a 9 by 5 inch loaf pan with baking paper, grease the paper and set aside.

We'll start with the cinnamon swirl: In a small mixing bowl combine the Erythritol with the ground cinnamon and set aside.

In a second mixing bowl whisk together the eggs, Erythritol, sunflower oil, almond milk, and vanilla. Set this aside too.

In a third mixing bowl combine the almond flour, coconut flour, a pinch of salt, and backing powder together.

Now combine the egg mixture and flour mixture together until you get a batter.

Pour half of the batter into the prepared lined loaf pan.

Place a skewer into the batter and swirl it around to create a marble effect.

Cover the loaf pan with aluminum foil and bake the cake for 40 to 45 minutes. Test it's ready by placing a toothpick into the center of the cake and checking if it comes out clean.

Allow the cinnamon swirl cake to cool in the loaf pan before removing and slicing. Serve at room temperature and enjoy!

In the fridge: Store any leftover keto cinnamon cake in an airtight container in the refrigerator where it will keep for up to 5 days.

In the freezer: Freeze any leftover low carb cinnamon cake in a freezer proof container where it will keep for up to 5 months. When you're ready to enjoy the cake let it thaw overnight in the refrigerator. 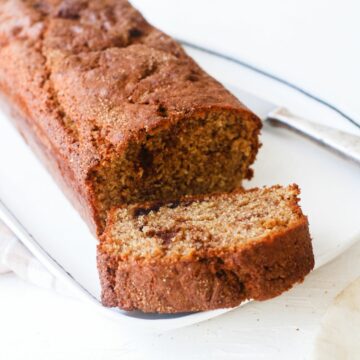 For the Cinnamon Swirl 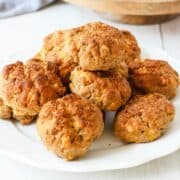 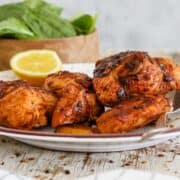 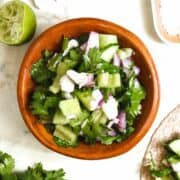 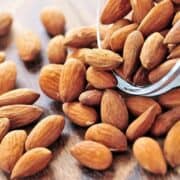