This is the ultimate keto naan bread recipe that will make you change your mind about making your own bread at home.

Simple, basic ingredients and 10 minutes total is all you need to make this delicious naan that goes perfectly with any Indian dish or pretty much anything!

Pro-tip: Use coarse salt for the topping for that extra jazz!

How To Make Keto Naan Bread

To get started, preheat your oven to 350 degrees Fahrenheit (180 degrees Celsius) and line a baking pan with baking paper.

Next, fold the dry ingredients into the wet ingredients and mix until you get a lump free dough. Shape the dough into a ball and let it rest for 5 minutes.

Once the dough has finished resting, cut it into 6 equally sized piece. Roll each piece between two sheets of baking paper until you get naan shaped flatbreads.

Place the naan on the lined baking tray and sprinkle over sesame seeds. Bake for 10 minutes until golden brown and then brush with olive oil, sprinkle with salt and chopped parsley.

In the fridge: Any leftover keto naan bread can bet stored in the refrigerator for up to 1 week. Make sure you store it completely covered with plastic wrap or in an air tight container.

In the freezer: You can freeze low carb naan bread to use at your own convenience by placing them in freezer-proof bags, or in a container with each piece separated by a sheet of baking paper. They'll freeze well for at least 2 months.

How to thaw: To thaw naan bread from frozen, let it sit at room temperature or place it in the refrigerator overnight.

How to reheat: To reheat our keto naan simple place it in the microwave sprinkled with a little bit of water and covered with a piece of baking paper. Microwave for 30 seconds at a time until heated all the way through.

Are you following a low carb diet and craving bread? Don't worry! We've got you covered. Check out our keto-friendly bread recipes below: 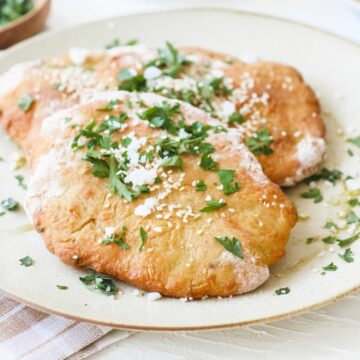 For the Naan Bread 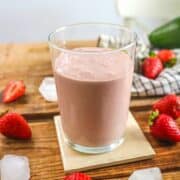 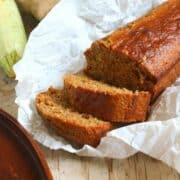 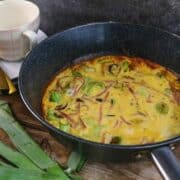 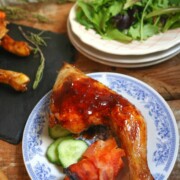