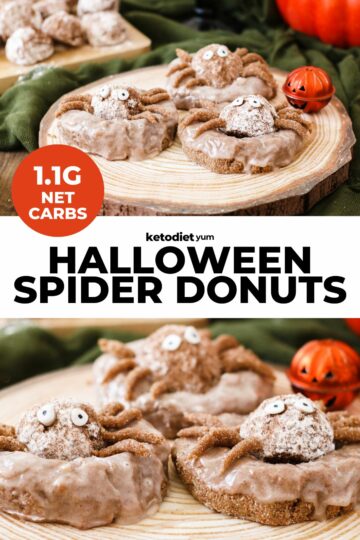 Enjoy Halloween with these Keto Spider Web Donuts! These spooktacular donuts are moist, tender, delicious and so much fun to make!

Halloween is just around the corner, and this year I'm more excited than ever to share my low carb Halloween creations!

Now it's time to hit the pause button on everything and head straight to the kitchen.

If you're after more keto-friendly Halloween recipes try my Healthy Pumpkin Muffins and Frosted Pumpkin Cookies!

Why You'll Love Them

How To Make Spooky Donut Spiders

To make the donuts and donut holes

In a small saucepan bring the water to a boil then reduce the heat to medium-low. Add the coconut oil, Erythritol and a pinch of salt then whisk.

Gradually add the flour mixture while constantly whisking until it has formed into a sticky dough.

Remove from the heat and allow the dough to cool down for 5 minutes.

Gradually add the beaten eggs into the dough while constantly whisking until it has formed into an elastic dough.

Finally, fold in the vanilla extract and then set the dough aside to rest for around 15 to 25 minutes.

Divide the dough into two pieces and roll the first piece into 1-inch balls.

Place the balls on one of the lined baking pans leaving room between each ball so they have room to expand. If the dough is too stick to shape, wet your hands with a little bit of water.

Roll the second piece of dough into short cylinder shapes. Join the ends together to form the donuts.

Place the donuts on the other lined baking pan leaving room between each one so they can expand.

Bake the balls and donuts in the preheated oven for 15 minutes.

Lower the temperature to 350 degrees Fahrenheit (180 degrees Celsius) and continue to bake for a further 15 minutes until the donuts and donut holes are golden.

Let them cool in the baking pans for 10 minutes.

To make the cinnamon-sugar coating

In a shallow plate mix the granulated Erythritol and ground cinnamon together.

In another plate pour in the powdered Erythritol.

Brush the donut holes with the melted butter. First roll them in the powdered Erythritol and then into the cinnamon-sugar until fully coated. Set aside.

Dip each donut in the glaze and then set aside.

For the spider legs & decorations

In a food processor or blender add the almond flour, water, vanilla essence, and powdered Erythritol and blend until a dough forms. Alternatively, knead the everything together with your hands until you get a smooth dough.

Add food coloring to ¼ of the dough and use it to create the spiders eyes. Alternatively, you can use edible black ink to draw on the pupils.

Use the remaining dough to make decorations like the spider legs and anything else you want to create.

Place the donut holes inside each of the glazed donuts. Add the spider legs and spider eyes onto each donut. Decorate as you please with any other designs you made!

To store any leftover donut spiders keep them in an airtight container in the refrigerator. They'll keep for up to 3 days.

If you're like me and can't get enough of sweet treats, try my keto-approved dessert favorites! 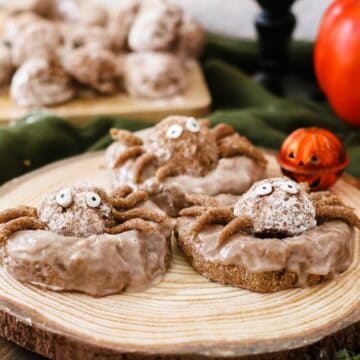 For the Cinnamon-Sugar Coating

For the Spider Legs & Decoration

For the Donuts and Donut Holes

For the Cinnamon-Sugar Coating

For the Spider Legs & Decoration 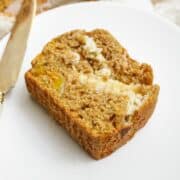 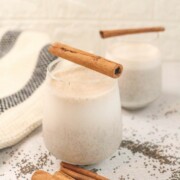 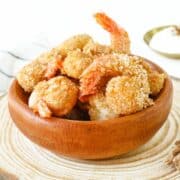 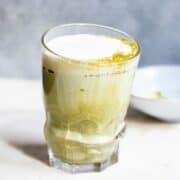