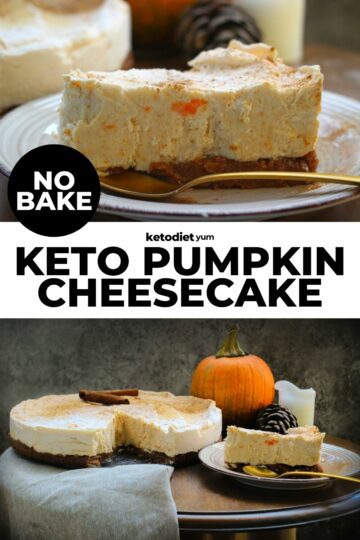 The best keto pumpkin cheesecake recipe that is no-bake and sugar-free! It's made with simple ingredients like cream cheese and pumpkin puree.

We are welcoming the festive season with a very special dessert: A no-bake, keto pumpkin-flavored cheesecake!

It requires 20 minutes of active prep, and then you just let it set in the fridge (preferably overnight).

If you love pumpkin season as much as we do, be sure to try our pumpkin bread with cream cheese filling and creamy pumpkin soup!

Why You'll Love It

There is something particularly satisfying about having a cozy pumpkin dessert this time of the year, especially when it’s guilt-free, with only 3.8g grams of net carbs per slice!

Make sure to use sugar-free cream and pumpkin puree, and be generous with the chilling time.

I made my pumpkin puree from scratch and intentionally left a few small pumpkin chunks to add texture to the creamy dessert. Happy Thanksgiving!

You'll only need 9 simple ingredients to make this easy pumpkin cheesecake, and you probably already have them in your kitchen!

To make this no-bake cheesecake, you'll need the following:

How To Make No-Bake Pumpkin Cheesecake

Follow the steps below, which should only take around 20 minutes. Then it's as simple as leaving the cheesecake to set overnight!

To Make The Crust

Take a large mixing bowl and combine the almond flour, butter, Erythritol, and a pinch of salt. Mix everything until you get a crumbly dough.

Transfer the dough to a serving pan and press it into the bottom and sides with your fingers. Refrigerate the base while you work on making the filling

To Make The Filling

Take another large mixing bowl and add the heavy cream. Use an electric mixer to beat the cream until stiff peaks form.

In another mixing bowl, add the cream cheese and beat until fluffy. Add the pumpkin puree and powdered erythritol. Use an electric mixer to beat until velvety smooth.

Fold the vanilla, cinnamon, nutmeg, and salt into the cream cheese mixture.

Carefully transfer the filling into the serving pan on top of the base. Smooth the mixture out until you have an even top.

Refrigerate for another 3 hours or preferably overnight before slicing the cheesecake. Serve cold.

In the fridge: You can store any leftover cheesecake in an airtight container. It will keep for up to 5 days (although it's unlikely it'll last that long before someone eats it!)

This recipe makes 16 slices of cheesecake, and each serving contains the following: 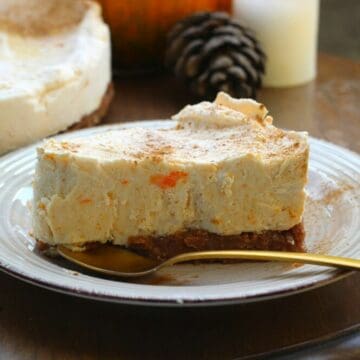 The holidays are upon us and this keto pumpkin cheesecake recipe is the perfect dessert to greet the New Year. It’s also a great choice for those who follow a low carb diet.
Pin It Print
Prep: 20 minutes
Chilling: 3 hours
Total: 12 hours 20 minutes
Servings: 16
Author: Jennifer

To Make The Crust

To Make The Filling 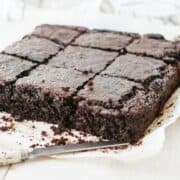 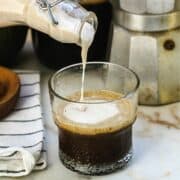 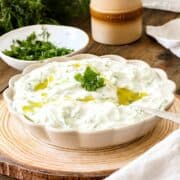 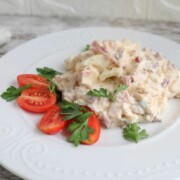