Making a keto quiche is not only fun but altogether delicious.

It’s actually a lot easier than you might think, especially since you can repair various parts of the recipe while other parts are cooking.

Loaded with bacon, spinach and cheese this is one of my favorite recipes.

Let’s dive into the tasty but keto-friendly quiche recipe you never know you needed.

Quiche is one of the tastiest (and classiest) dishes you can make, either just to treat yourself or when you want to impress the neighbors at a dinner party.

But quiche traditionally has plenty of carbs, which are huge no-factor if you're following the keto diet as you should.

But what if we told you that you can make a delicious low carb quiche that's also keto-friendly?

Check out the recipe below to blow your mind.

First things first: make sure to preheat your oven to 400°F.

You'll want to let it preheat for at least 10 minutes but optimally 15 to let the oven interior become equally warm.

Thankfully, you can use this time to prep the other things, maximizing efficiency, just like the keto diet does for fat burning.

Take a large bowl and mix the almond and coconut flour with salt.

It’s a bit tricky to get the perfect salt mixture right, but we’d err on the side of caution prevent things from becoming too salty.

Chances are if you have some cooking experience already, you’ll be able to salt “to taste” properly.

Next, add the whisk eggs and melted butter into the same bowl and mix everything well.

Get ready to use your hands because you’ll need to knead the dough into a ball.

This doesn’t have to be perfectly round, but the closer you get it to perfection, the better things will turn out.

Then take the dough and press it into a 9-inch pie dish using your hands.

The trick to properly pressing pie or pastry dough without breaking things is to minimize your finger contact.

If you do use your fingers, keep them together and don’t use the points, as this puts too much pressure on the dough and can easily cause a break.

Try to even out the dough across the pie dish, flattening bubbles or growing areas as you go.

This should take about five minutes altogether, but feel free to take your time if you don’t have lots of dough experience.

If you don’t know what parbaking is, it’s essentially partially baking your dough, then freezing it quickly for storage.

However, you can also partake dough if you want to match up its cooking time with the cooking time of the other ingredients.

For our purposes, we’ll be parbaking the dough to prepare it so that when you put the filling in, the entire quiche goes into the oven one final time and everything finishes at the same moment.

To par-bake the crust, line the dough with baking paper and will the interior of the plate with pie weights or dry beans.

This prevents the dough from rising and bubbling.

Set a timer so that the piecrust bakes for about 20 minutes, although you want to check the 15-minute mark and see if the crust is lightly golden.

When either of these conditions is met, take the crust out.

While the crust is doing its thing, you can prepare the low carb filling.

Use a skillet to cook the recommended amount of bacon strips over medium-high heat.

Turn the bacon strips occasionally until everything is evenly browned or for about five minutes (whichever comes first), then drain the grease on a paper towel-lined plate.

The bacon should be dry by the time this is done.

Next, sauté the chopped onions for about two minutes in the same skillet; the fat from the bacon you cooked will act as a good lubricant and flavor enhancer.

Add some frozen spinach to the mix, or try to go for fresh if possible.

If you have to use frozen spinach, make sure that it doesn’t have lots of extra water before adding it to the skillet.

Sauté both of these vegetables until the spinach is fully wilted and the juices are gone.

Transfer this easy keto quiche mixture to a mixing bowl and let it cool for about 10 minutes.

Stir all of these elements together to combine and form a perfect keto quiche filling.

Putting It All Together

Pour the filling/egg mixture into the piecrust once you remove it from the oven.

Make sure to settle the filling so everything is relatively even across the quiche surface.

Bake the quiche for between 40 or 45 minutes at 375°F; you may want to set this temperature and let the oven cool down for five minutes before popping the quiche inside.

That’s it! Now just wait out the time with a cool drink and let the quiche rest for five minutes after removing it from the other.

Slice it into eight pieces (or whatever number you prefer) and enjoy your keto quiche!

As you can see, quiche for keto is not only possible but phenomenal.

For storage, keep your low carb keto quiche in the same baking pan and wrap it in aluminum foil or plastic wrap.

It’s still good for 3-4 days if you keep it at room temperature or refrigerate it.

You can also store the pieces sliced and separate if you like.

For a ⅛ slice of the quiche:

If you love this recipe... 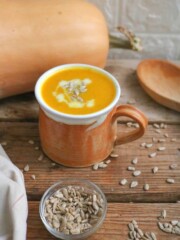 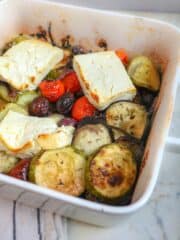 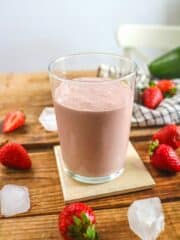 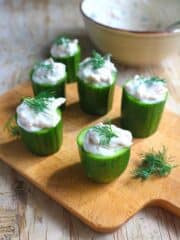 Hi, I'm Jennifer and I am a Keto Addict. I've been super into the Ketogenic Diet ever since I tried it to lose weight. It not only helped with my weight loss goals but also helped me live a more happy, healthy and inspired life.